Named after a mythical Latvian hero, Lāčplēša day is a tribute to the freedom fighters who made the greatest victory in Latvia's military history possible. 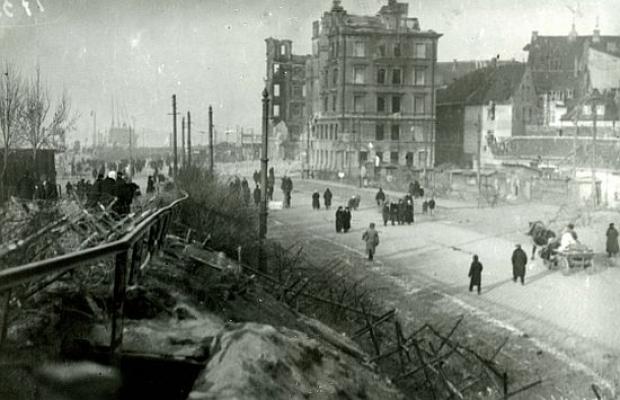 November 11 - The German Empire and Allies of World War I sign the armistice, which marks the end of World War I
November 17 - The first legislative institution of Latvia, the People's Council and the provisional government are established - Jānis Čakste becomes the chairman of the Council, while Kārlis Ulmanis becomes prime minister
November 18 - Republic of Latvia is proclaimed in Rīga
December 1 - The Red Army invades Latvia

January 5 - The first armed unit of Latvia, 1st Latvian Independent Battalion, under the command of Oskars Kalpaks is formed
January 31 - Most of Latvia is under the control of the Red Army
April 16 - Baltic German mercenaries temporarily overthrow the government of Kārlis Ulmanis, which leads to three governments being present in Latvia at the same time - a Soviet one, the one lead by Kārlis Ulmanis and a pro-German one
March-July - Various parts of the country change control with the Armed forces of the Latvian provisional government helped by Estonia fighting off the Soviets and The Baltische Landeswehr
May - Ussuri Cossack and warlord Pavel Bermondt-Avalov takes over the White Russian volunteer unit in the Baltics from Prince Anatoly Lieven, who commanded a contingent in the Baltische Landwehr - in 1919, his forces joined those of Major General Rüdiger von der Goltz to form the so-called West Russian Volunteer Army 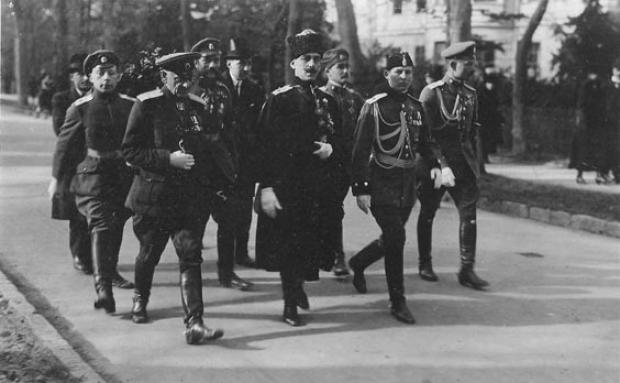 October 8 - The West Russian Volunteer Army launch an over-whelming attack "Lightning strike" on Rīga, taking the Pārdaugava district in an attempt to overthrow the government of Kārlis Ulmanis - opposite fronts set up on both sides of river Daugava
November 3 - The Latvian Army supported by Estonian armoured trains and the Royal Navy launches a massive counter-attack 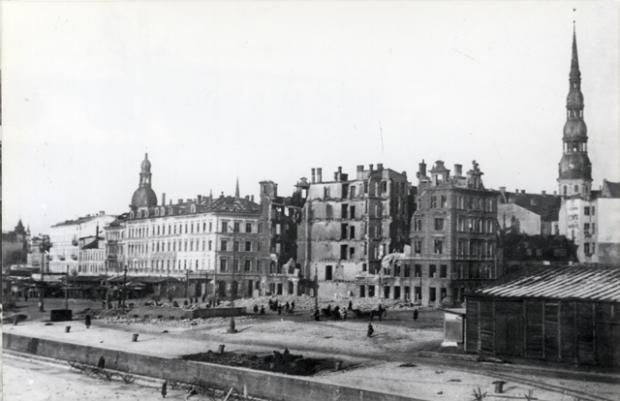 November 3-10 - Bermontians frequently fired at the Latvian flag, hoisted on the top of the tower of Rīga Castle. 86 holes, left by bullets and shrapnels, were found on the flag afterwards.
Separate Latvian units forced a crossing over river Daugava, driving off the Bermontians from their fortifications on the left bank. By liberating Torņakalns on November 10, the Latvian Army had successfully defended Rīga and the Bermontians had been driven off. 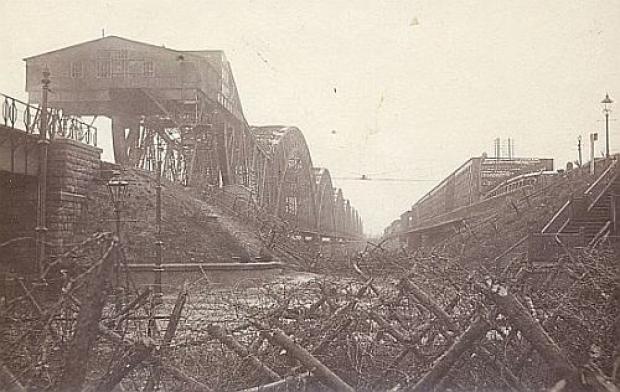 On the morning of November 11, the bells of all churches in Rīga rang, signalling victory over the greatest adversary Latvia had ever faced. The people cheered.
The triumph of the Latvian army wouldn't have been possible without the help of the Baltic, British and French allies and the civilians who fed the soldiers, attended the wounded, mended the uniforms and helped bury the dead.
Not only did the victory liberate Rīga and later - Latvia, but it also cemented the trust of the people for the still newly-established state.

Pavel Bermondt-Avalov abandoned his troops and fled to Germany.
Latvia signed ceasefires with Germany and the Soviet Russia in 1920. 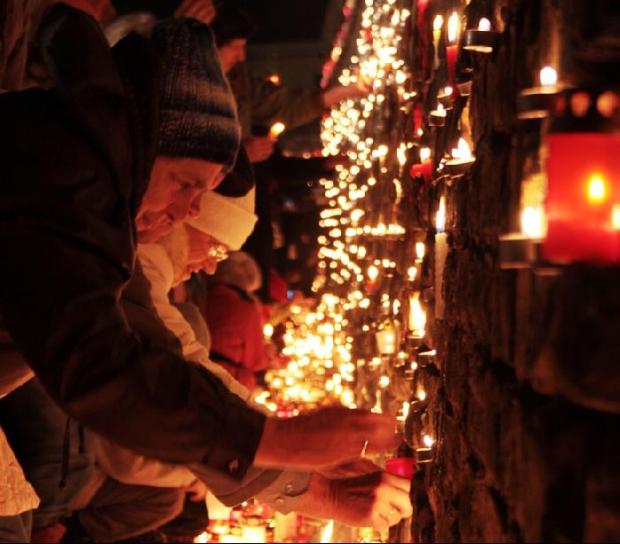 It has become a tradition to place lit candles in the windows of houses, honouring the memory of the fallen freedom fighters. In Rīga, people light the candles on the bank of river Daugava - at the Rīga Castle wall. A permanent reminder of the heroic deeds of the Latvian Army is etched on one side of the Monument of Freedom.
Photos: Latvian War Museum, State Archives of Latvia, Latvian Institute
Powered by